The comic book biz is one of those fields that, to outside fans, often appears to be a glamorous occupation.  But sometimes a case will occur that serves as a reminder that, like any other industry or occupation, it is filled with its share of hardship & tragedy.  Such is the case of Robert L. Washington III, who passed away on June 7 at the age of 47.

Washington was not an especially prolific writer, and his career in the comic book field was confined to the 1990s.  But during that brief time period, he made a significant impact.  With co-writer Dwayne McDuffie and artist John Paul Leon, he created Static for Milestone Media, which was published through DC Comics.  Washington would write 18 issues of Static.  Among his other credits were The Batman Chronicles and Extreme Justice for DC, as well as Ninjak for Valiant Comics. 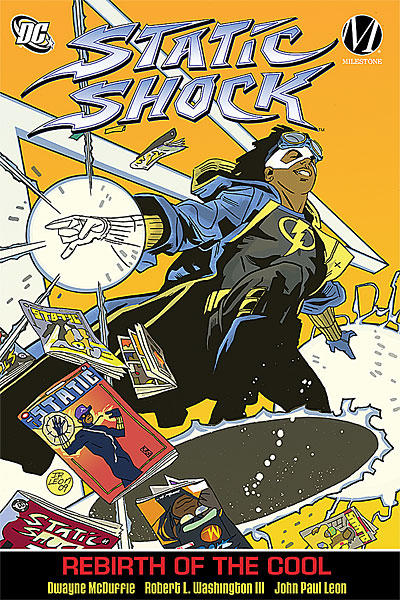 I first became familiar with Static when it was adapted into the very enjoyable animated series Static Shock, which debuted in 2000 and ran for four seasons.  Several years later, the first four issues of Static (along with a later miniseries) were collected in a trade paperback, Static Shock: Rebirth of the Cool.  I bought that, and found it a great read.  It is a real shame that DC did not publish any subsequent volumes.  I’ve been meaning for some time to track down the back issues of Static, but it is something I never got around to.

Washington also wrote a two part tale in 1995 for Valiant Comics’ entertaining Timewalker series.  Timewalker featured the immortal Ivar Anni-Pada, a millennia-old being who traveled back and forth in time via portals called “time arcs,” having all manner of adventures.  Washington’s story “Ashes of the Past” appeared in Timewalker #12-13.  Ivar arrives in Tulsa, Oklahoma in 1921, where he attempts to prevent the lynching of an African American teenager who has been accused of assaulting a white woman.  In contrast to many of the stories in the Timewalker series, it was a very serious, somber tale.  Ivar, despite all his powers, is unable to stop a great tragedy from unfolding. 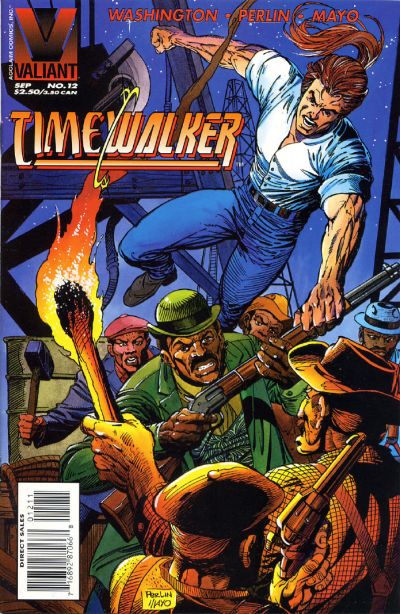 The story by Washington that has really stood out in my mind all these years was an emotional two part Firestorm piece “Storm’s Clearing” that appeared in the DC anthology series Showcase ’96.  “Storm’s Clearing” addressed the alcoholism of Ronnie Raymond, as he enters a treatment center to deal with his addiction.  It was a very serious and adult look at the problems of substance abuse.  The unconventional artwork by Randy DuBurke added to the story’s impact.  Years later there were elements to it that I would look back on and identify with when dealing with certain of my own personal problems.

Following the severe downturn of the comic book industry in the late-1990s, Washington found himself out of work.  According to Comic Book Resources, he was able to obtain employment in such odd jobs as a call center and a warehouse.  Tragically, Washington found himself homeless on several occasions, and was forced to rely on financial assistance from the charitable Hero Initiative.  Washington was taken to Mount Sinai Hospital in Queens after suffering a heart attack on June 6, and passed away the next day.

For me, the story of Robert L. Washington III serves as a cautionary tale of the comic book industry.  Despite being a talented writer who had co-created Static, a groundbreaking character who went on to star in a very successful animated series, Washington was reduced to very dire circumstances before passing away at much too young an age.  And there just seem to be too many stories like Washington’s, of creators who worked for DC or Marvel or Archie, only to then be left bereft, their creations taken out of their hands, the profits they generated falling into the pockets of corporate owners.  In a better, more just & fair world, Washington would still be alive, and writing a new Static Shock series for DC.  But that was not to be. 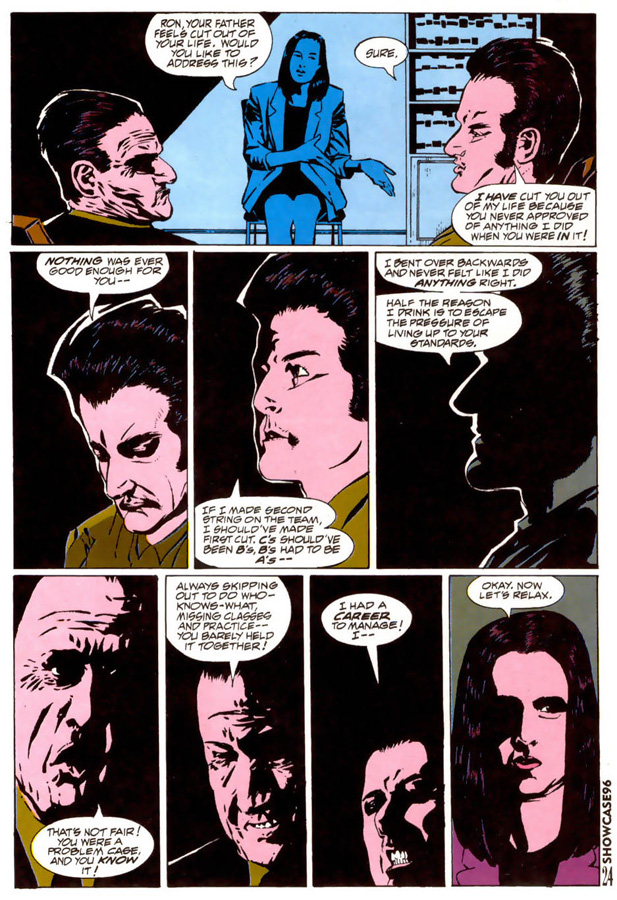 After Washington’s death, I could not help but bitterly muse that all too often the mainstream comic book industry has taken its best & brightest creators, chewed them up, and spit them out.  Although an extreme example, Washington is just the latest occurrence of a comic book professional falling by the wayside while the corporate machinery of the big companies continues to chug onward.

Other individuals wiser than myself have looked at Washington’s unfortunate plight and taken from it the lesson that those who would enter the comic book biz should have a back-up plan, some other career or occupation to fall back on.  I certainly hope the young creators of today will take this advice to heart.  Perhaps then in the future we will have fewer tragedies such as that which befell Robert L. Washington III.