Happy Halloween from the Hero Cats of Stellar City!

I have continued to enjoy the ongoing Hero Cats comic book series written by Kyle Puttkammer and published by Action Lab Entertainment. The latest four issues have been a lot of fun, as our team of crime-fighting kitties have traveled the world, and then arrived back home in Stellar City for a spooktacular Halloween. 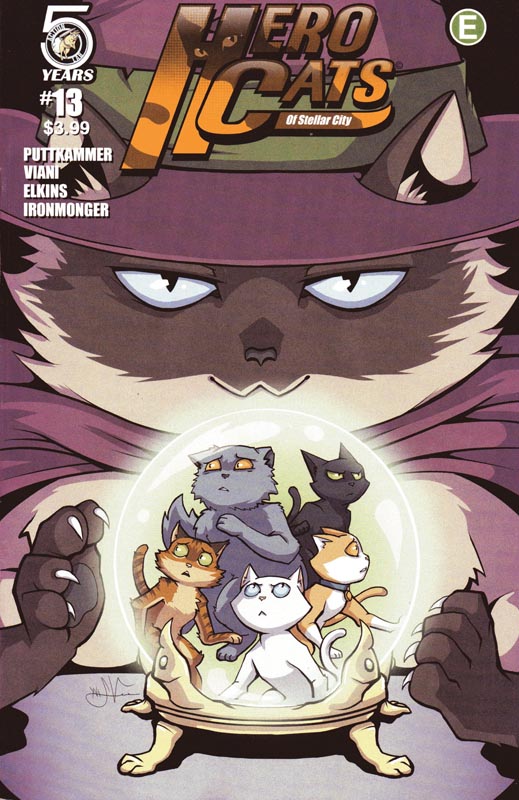 Hero Cats #10-12 features the three part “World Tour.” Puttkammer is joined by new series penciler Omaka Schultz, with inks by Ryan Sellers & Brandon Page.  When I first read #10, for a moment there I actually thought I had missed an issue.  Puttkammer opens the story in media res, with the Hero Cats aloft in a hot air balloon, accompanied by a little girl dressed as a princess.  By page two the balloon has crashed in the middle of the desert, near the town of Coyote Canyon.

I’m actually still trying to decide if the Hero Cats were somehow transported not just to the American Southwest but also back in time. Modern technology is completely missing from Coyote Canyon, and soon after the train out of town is waylaid by armed bandits.  Well, whether the year is 2016 or 1880, we are treated to an exciting throw-down between the cats and the gang of dastardly desperadoes. 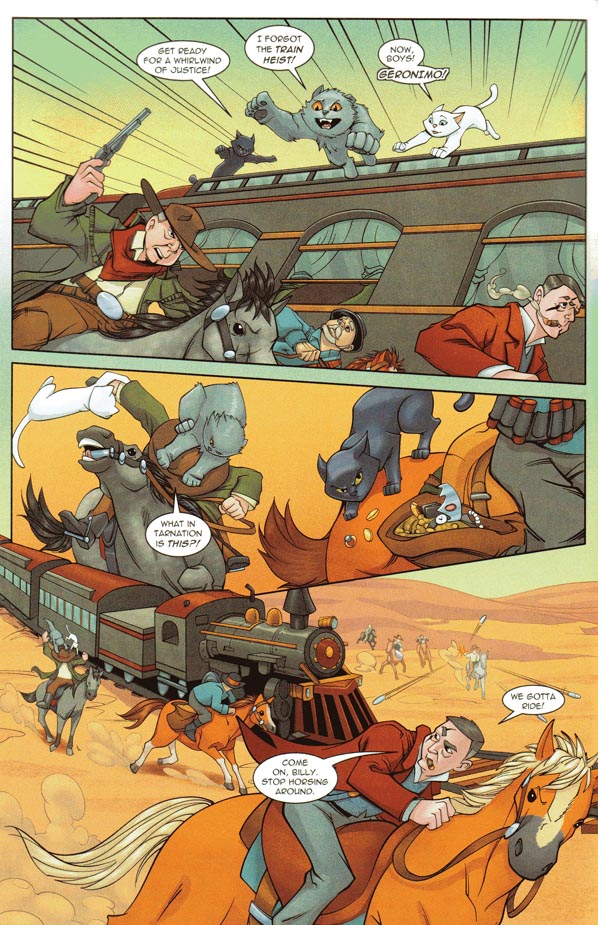 Although heading back to Stellar City, it is apparent that after returning the little princess home the cats somehow got detoured, as #11 opens in the aftermath of an airplane crash on an island off the coast of Africa. The cats encounter the warrior Malo who possesses the ability to talk to animals, and they join forces to combat a mystical menace that is seizing control of the island’s inhabitants.

The cats’ next stop on their way home is the Far East. They arrive in what appears to be Medieval Japan (more time travel?) where they assist a local feline heroine in rescuing a mystical cat who has been kidnapped by ninjas.  I’m not sure where the Giant Panda who’s hanging around the neighborhood came from; perhaps like the cats he’s another lost tourist?

In these three issues Puttkammer continues to develop the personalities of and relationships between the various cats. He does a good job at making this truly an all-ages book.  Young kids will enjoy the fun adventures of the cute cats, and for older readers there’s are interesting characters & story arcs.

Schultz is a fine addition to the series. He effortlessly juggles the cartoony elements and the highly-detailed real-world settings. 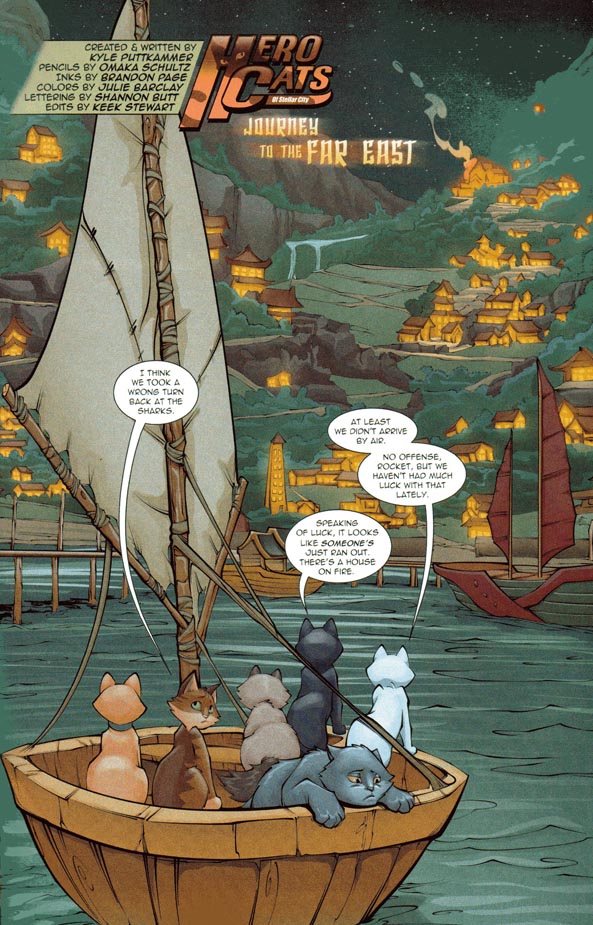 With the Hero Cats finally making their way back to Stellar City, issue #13 detours into what I would classify as a “What If” or “Elseworlds” type of reality. We are introduced to a world much like the one seen in the previous dozen issues, only with several darker, supernatural twists to it.  Our feline cast is still present, but different.  For instance, Belle is an evil witch, Midnight is a vampire, and Rocco is a giant monster.  As for poor Ace, faced with a world overrun by zombies, he is the Last Cat on Earth.  I guess you could say that Ace is all alone against an onslaught of the Purring Dead.

“Hero Cats of the Apocalypse” is drawn by the art team of Sey Viani & Sarah Elkins. As with previous artists, they do a fine job handling the diverse tone of the book, drawing a story that is both cute and macabre.

While I did initially wish that Puttkammer had written a Halloween story set in the “real” world of the Hero Cats, it later occurred to me that perhaps this could serve as a prologue for a future story. We’ve previously seen the Hero Cats fight against villains from other dimensions.  So the possibility exists that at some point “our” Hero Cats might cross over into this other world where everything has gone terribly wrong and encounter their dark counterparts.  You never know. 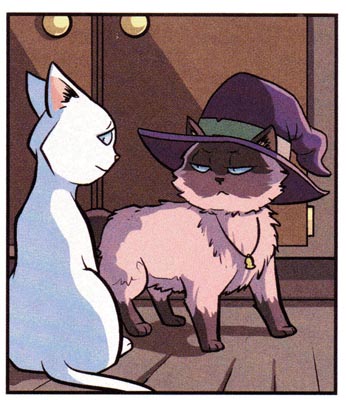 In any case, it was a bit of a treat to see Belle as a witch. Belle looks a lot like one of my cats, Nettie, a doll-face Himalayan.  Belle has slightly darker fur and brown seal-point coloring instead of grey, but other than that she looks a lot like Nettie.  My girlfriend Michele has always wanted to dress up Nettie for Halloween, but Nettie refuses to let us put any sort of costume on her.  One of Michele’s ideas was to give Nettie a witch hat.  At least now, courtesy of Belle in Hero Cats #13, I have an idea of how Nettie might look wearing one 🙂

One last note… after missing him at the last two New York Comic Cons, this year I finally got to meet Kyle Puttkammer. I got a couple of issues of Hero Cats autographed, and had an opportunity to see previews of a few upcoming issues.  I’m definitely looking forward to them.