Longtime comic book & animation writer Martin Pasko passed away on May 10th.  He was 65 years old. 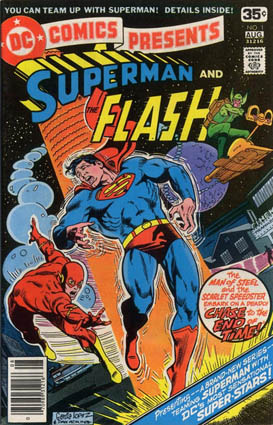 Between 1973 and 1982 Pasko wrote a great many stories for the various Superman titles at DC Comics.  On quite a few of these he was paired with longtime Superman penciler Curt Swan.  In 1978 Pasko, working with artists Jose Luis Garcia-Lopez & Dan Adkins, launched the Superman team-up series DC Comics Presents with a well-regarded two-part story costarring the Flash.

In the mid 1970s Pasko also wrote Wonder Woman.  The first part of Pasko’s run had him wrapping up “The Twelve Labors of Wonder Woman” storyline.  Several issues later the series shifted focus to the Earth-Two’s Wonder Woman during World War II.  This was an effort to align the book with the first season of the live-action television show starring Lynda Carter.  Pasko’s final two issues, #231-232, were plotted by his friend Alan Brennert, his first work in comic books.  Brennert & Pasko’s story, which was drawn by Bob Brown, Michael Netzer & Vince Colletta, had Wonder Woman teaming up with the Justice Society.

All of this was slightly before my time as a reader, as I was born in 1976.  I have read some of those Superman and Wonder Woman stories in back issues or trade paperbacks.  However, the first work by Pasko that I vividly recall from my childhood was his early 1980s revival of the Swamp Thing with artist Tom Yeates. 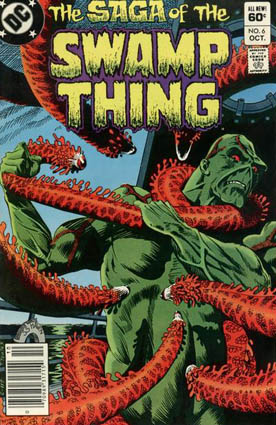 Pasko wrote the first 19 issues of The Saga of the Swamp Thing.  He and Yeates created some genuinely weird, spooky, unnerving stories during this year and a half period.  I vividly recall the two-part story from issues #6-7, which had Swamp Thing encountering a bizarre aquatic creature with eyeball-tipped tentacles that could transform people into one-eyed monsters.  The shocking cliffhanger in issue #6 definitely seared itself onto my young mind and left me wondering “What happens next?”

I think Pasko’s work on Swamp Thing is often underrated, overshadowed by the groundbreaking Alan Moore run that immediately followed it.  I know that I’m not alone in this estimation.  A number of other fans also believe Pasko’s Swamp Thing stories are due for a reevaluation.

During this time Pasko was also working in animation.  Among his numerous animation credits, he wrote several episodes of Thundaar the Barbarian, which had been created by fellow comic book writer Steve Gerber.  It was Pasko who devised the name Ookla for Thundaar’s massive leonine sidekick.  As he recounted years later, he and Gerber had been attempting to come up with a name for the character when…

“We passed one of the entrances to the UCLA campus and when I saw the acronym on signage, the phonetic pronunciation leapt to mind.”

I was a huge fan of Thundaar the Barbarian when I was a kid.  I doubt I paid any attention to the credits back in the early 1980s, but years later, after I got into comic books, when I watched reruns of the show, the names of the various comic book creators involved in it, including Pasko, leaped right out at me. 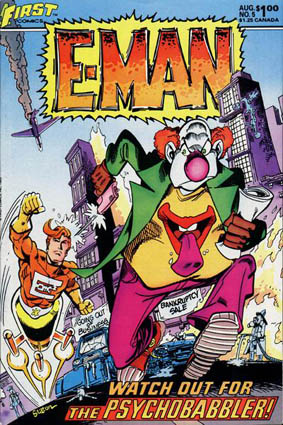 Pasko was the writer on the first several issues of the revival of E-Man from First Comics in 1983, working with artist Joe Staton, the character’s co-creator.  As I’ve previously written, I just don’t feel that Pasko was a good fit for E-Man.  It really is one of those series that was never quite the same unless Nicola Cuti was writing it.  Nevertheless, I’m sure Pasko gave it his best.  There is at least one issue of E-Man where I think Pasko did good work, though.  I enjoyed his script for “Going Void” in issue #5, which featured a brutally satirical send-up of Scientology.

Pasko got back into writing for DC Comics in late 1987, writing a “Secret Six” serial drawn by Dan Spiegel in Action Comics Weekly.  He soon picked up another ACW assignment, featuring the revamped version of the Blackhawks conceived by Howard Chaykin.

This past January on his Facebook page Pasko recounted how he came to write Blackhawk in ACW.  When asked to take over the feature from departing writer Mike Grell by editor Mike Gold, Pasko initially accepted it only because of the lengthy, ongoing strike by the Writers Guild…

“I took the assignment because I had no choice–I needed the money–but it turned out, in the end, to be the most fun I ever had writing comics. I haunted the UCLA Research Library, immersing myself in everything I could learn about the post-WWII era in which the series was set, making Xeroxes of visual reference for the artist and having the time of my life.

“But my greatest thanks are reserved for that artist, my fantastic collaborator, the impeccable storyteller, Rick Burchett. Which is why this stuff is tops among the work of which I’m most proud. That stuff was all YOURS, Rick.”

Pasko & Burchett returned to the characters with an ongoing Blackhawk comic book that launched in March 1989.  It was a really enjoyable series, and it’s definitely unfortunate that it only lasted a mere 16 issues, plus an Annual.

In 1992 Pasko became a story editor on Batman: The Animated Series, working on 17 episodes of the acclaimed series.  He wrote the episode “See No Evil” and co-wrote the teleplay for the episode “Paging the Crime Doctor.”  Additionally, Pasko co-wrote the screenplay for the 1993 animated feature Batman: Mask of the Phantasm, which was released theatrically.

In the later part of his career Pasko contributed to several nonfiction books.  He also wrote the occasional comic book story for DC.  Among these was the special DC Retroactive: Superman – The 1970s penciled by Eduardo Barretto, which gave Pasko the opportunity to write the Man of Steel and his Bronze Age supporting cast one last time.

I never had an opportunity to meet Martin Pasko.  I narrowly missed him at Terrificon a few years ago.  Fortunately, Pasko was very active on Facebook, and I was one of the many fans who he enthusiastically interacted with there.  He wrote some really great stories in his time, and will definitely be missed.