I was sorry to hear that actor Miguel Ferrer passed away on January 19th at the much too young age of 61.

Born on February 7, 1955, Miguel Ferrer was the son of actor / director Jose Ferrer and singer Rosemary Clooney.  Ferrer’s original aspiration was to work as a musician, but in 1975 his friend Bill Mumy offered him a part in an episode of the TV series Sunshine.  Ferrer caught the acting bug, and remained in the profession for the rest of his life.

One of Ferrer’s early roles was a 1981 episode of Magnum P.I.  Ferrer played, in a flashback, a young Navy ensign stationed in Hawaii shortly before the Japanese attack on Pearl Harbor, with his father Jose Ferrer then playing the same character in the present day. I always thought that was such a wonderful casting decision.

The role that really put Ferrer on the map was playing sleazy corporate executive Bob Morton in the dystopian sci-fi movie Robocop (1987).  In interviews, Ferrer always acknowledged that he was grateful to that movie for really getting him noticed, enabling him to subsequently have a successful career as an actor. 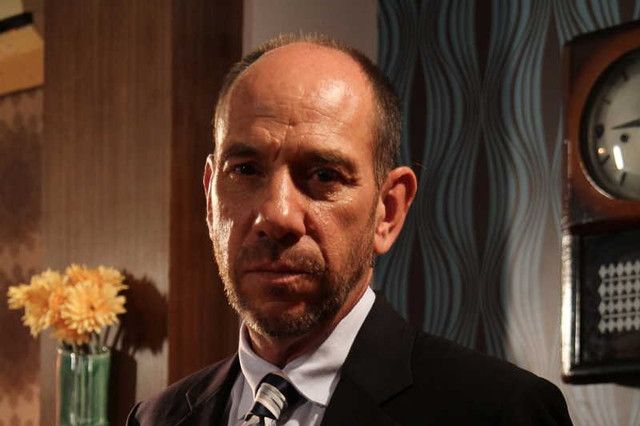 Ferrer was often cast as villainous or quirky characters.  He was seldom seen in starring roles, but he worked regularly, a ubiquitous presence in both movies and television for three decades.  Notably, in the early 1990s Ferrer portrayed cynical FBI agent Albert Rosenfeld in David Lynch’s cult classic TV series Twin Peaks, and he also appeared in the 1994 TV miniseries adapting the Stephen King novel The Stand.

From 2001 to 2007 Ferrer appeared on Crossing Jordan, playing Dr. Garret Macy, the mentor and boss to loose cannon Medical Examiner Jordan Cavanaugh, portrayed by Jill Hennessey.  Crossing Jordan was a series that I watched regularly, and I loved the chemistry between Ferrer and Hennessy.  Macy was something of a brooding, low-key figure who had the unenviable task of reigning in and covering for the headstrong, anti-authoritarian Jordan.   Macy, a divorcee and recovering alcoholic with a teenage daughter, had a lot of baggage, and Ferrer brought the character to life in a very affecting performance.

Interviewed in 2009 by the A.V. Club, Ferrer had positive memories of working on Crossing Jordan:

“It was great. I loved that. Six years on the same show, working on the same lot. Got to go home and see my kids every night. They weren’t always awake, but I saw them. I loved that there were no out-of-control egos on the set. I loved working with the same people for six years. You develop a sure hand, and you learn how one works and likes to work. I wouldn’t trade it for anything. We had a ball.” 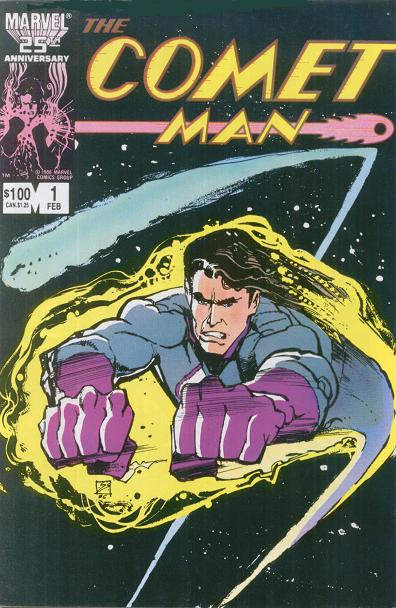 Ferrer, along with longtime friend Bill Mumy, was a science fiction and superhero fan.  The two of them collaborated on a few comic book projects in the late 1980s.  They co-wrote the six issue miniseries Comet Man, published by Marvel Comics in 1987.  A dark, bizarre blending of superheroes, sci-fi, and horror, Comet Man was eerily illustrated by future superstar Batman artist Kelley Jones, inked by Gerry Talaoc, and featured striking covers by Bill Sienkiewicz.  Ferrer, Mumy and Jones re-teamed in 1990 to wrap up the Comet Man storyline in a four part serial that ran in Marvel Comics Presents.  A decade later writer Peter David, who was friends with Ferrer and Mumy, used Comet Man during his acclaimed run on Captain Marvel.

Paired with talented artist Steve Leialoha, Ferrer and Mumy created the very odd superhero parody Trypto the Acid Dog, which debuted in a 1988 comic published by Renegade Press.  Additional Trypto stories by Ferrer, Mumy & Leialoha came out in the 1990s via Atomeka Press and Dark Horse.  Recently commenting on their collaboration, Leialoha revealed that the visual for Trypto was based on Ferrer’s own dog Davey.

Given how wonderfully bizarre Ferrer’s comic book work was, I’ve always thought it was a bit of a shame that he didn’t write more.  Of course, this was around the time  his acting career was really taking off, so I certainly understand why he chose to focus on that. 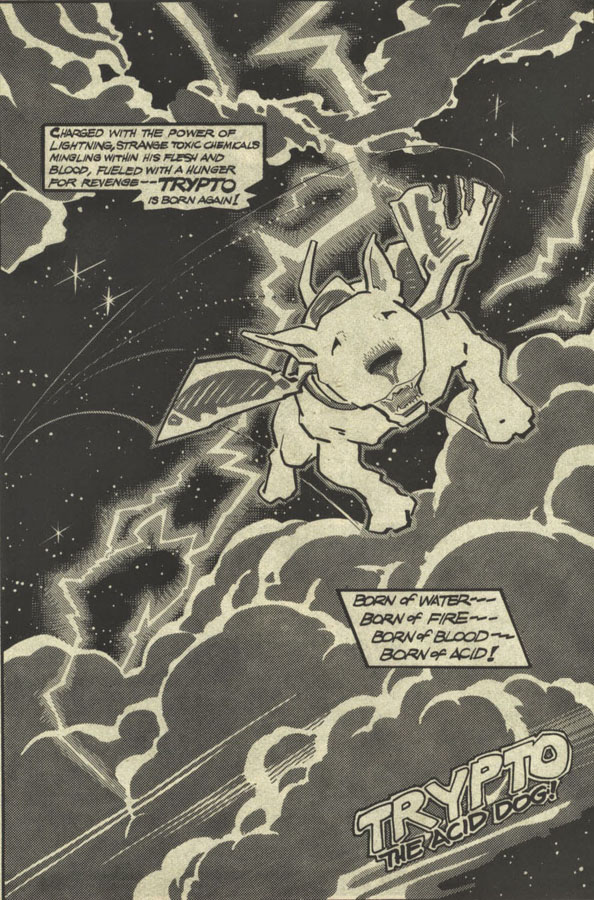 Some of Ferrer’s roles were actually comic book related.  He played Vice President Rodriguez in Iron Man 3 (2013).  Miguel did a great deal of voiceover work, much of it for animated series based on comic books.  Among the shows he voice-acted on were Superman: The Animated Series, The Batman, The Spectacular Spider-Man, and Young Justice, the latter of which had him in the recurring role of immortal conqueror Vandal Savage.  One of Ferrer’s last roles was voicing Deathstroke in the direct-to-DVD animated adaptation of Teen Titans: The Judas Contract.

In addition to being a talented actor and writer, Ferrer had a reputation for being a genuinely nice guy.  In interviews he always came across as down-to-earth and laid back.  In recent days Bill Mumy, Kelly Jones, Steve Leialoha and Peter David have all reflected on his passing; each of them described him as a good friend possessed of a wonderful sense of humor.  It sounds like Ferrer will be very much missed by those who were fortunate enough to know him.