Time for another birthday blog post!  Today is the birthday of artist Trevor Von Eeden, who was born on July 24, 1959.  Trevor is an absolutely amazing artist, as well as a cool guy.  It has been a pleasure to have corresponded with him for a number of years now.

Trevor first came into the comic book biz in 1977 at the young age of 16, when he was assigned to draw Black Lightning, the very first African American superhero series at DC Comics which was created by writer Tony Isabella.  Trevor’s work on Black Lightning definitely showed promise, but unfortunately the series was cancelled a year later during the now-infamous “DC Implosion.”  Nevertheless, Trevor remained at the drawing board, illustrating a variety of stories for DC.

Trevor has gone on record as stating his work as an artist took a quantum leap forward in 1982 when he illustrated Batman Annual #8.  Written by Mike W. Barr, “The Messiah of the Crimson Sun” sees the Dark Knight in an epic confrontation with his immortal foe Ra’s al Ghul.  Trevor’s art is astounding, featuring stunningly dramatic layouts.  Paired up with colorist Lynn Varley, Trevor’s illustrations are simply fantastic, and an indicator that even better work was on the horizon from him.  I am genuinely surprised that this story has never been reprinted.  Fortunately, I was able to find a copy in the back issue bins of Midtown Comics a few years ago. 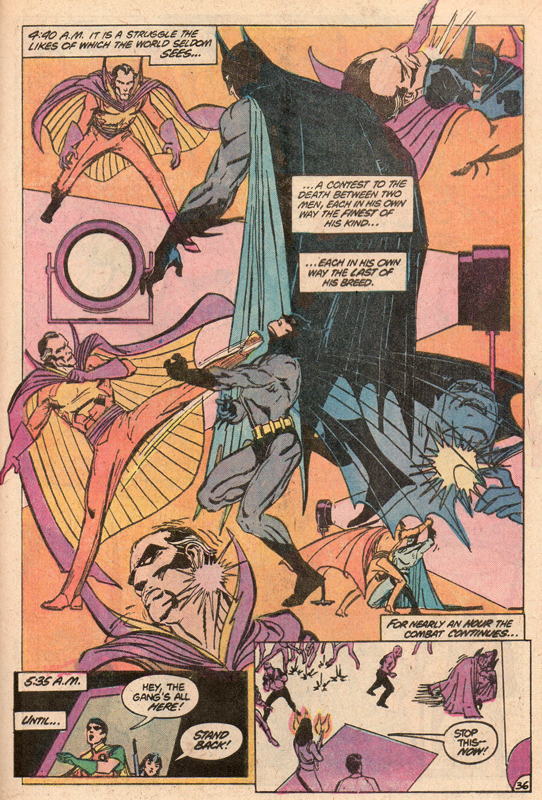 More quality work followed from Trevor in a four issue Green Arrow miniseries published by DC in 1983.  In the mid-1980s, he also did some work for Marvel, before returning to DC in the early 1990s.  And it was at this point that I first discovered his art.

As I’ve mentioned before, I did not begin regularly following comic books until around 1989, when I was 13 years old.  So probably the very first comic book series I saw that Trevor drew was Black Canary.  Paired with writer Sarah Byam and legendary inker Dick Giordano, Trevor penciled the four issue Black Canary: New Wings miniseries in 1991.  A year later, he was re-teamed with Byam and inker Bob Smith on an ongoing Black Canary title that regrettably lasted only a year.

What’s really interesting about Black Canary is that Trevor himself has admitted he was never especially fond of working on the series.  So the fact that he did such amazing work on it really speaks to his professionalism.

Throughout the 1990s, Trevor returned Batman on several occasions.  He did the pencil layouts for Denny O’Neil’s now-classic “Venom” story arc in Batman: Legends of the Dark Knight #16-20, with Russell Braun contributing the finished pencils and the legendary Jose Luis Garcia-Lopez inking.  Trevor worked with mystery novelist C.J. Henderson on a pair of Batman tales, “Duty” and “Joker’s Apprentice,” with Josef Rubinstein inking both stories.  And he was once again paired with Garcia-Lopez on the excellent five part “Grimm” arc that ran through Legends of the Dark Knight #149-153, which was written by J.M. DeMatteis.  That’s another fine story that has never been collected.  I definitely recommend searching out copies of those issues.  I was fortunate enough to obtain a really nice page of original artwork from that story. 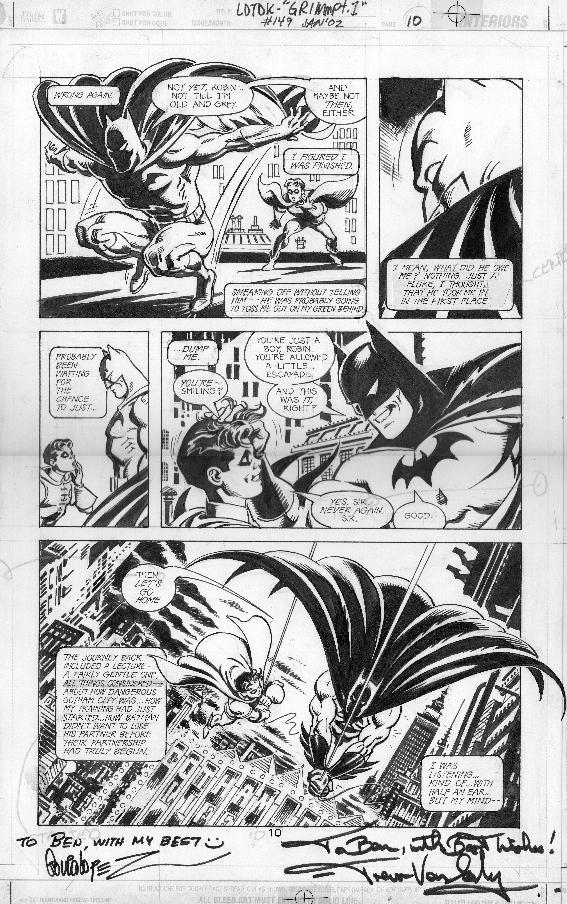 About a decade back, Trevor also worked for independent publisher Moonstone.  He produced some very moody, atmospheric art on Kolchak: The Night Stalker and Mysterious Traveler.  I really enjoyed those comics.

That said, I think that Trevor Von Eeden’s best work has to be his most recent.  He wrote & illustrated The Original Johnson, a graphic novel biography of John Arthur Johnson who, in 1908, became the first black heavyweight boxing champion of the world.  To be perfectly honest, before Trevor announced this project, I had not even heard of Jack Johnson.  I have no idea if this was due to his race, or simply because I am not a sports buff.  Whatever the case, I was aware of Jackie Robinson, the African American who broke the baseball color barrier in 1947, and how significant (and controversial) an accomplishment that was.  So, someone like Jack Johnson, who broke through a similar barrier nearly 40 years earlier, in an even more hostile & intolerant time, was definitely worthy of examination.

Trevor spent several years working on The Original Johnson.  A variety of difficulties cropped up along the way, and it almost seemed that it might not be published.  But Trevor persevered, and it was finally released in a two volume edition by Comicmix / IDW.  It was a true labor of love on his part, and this definitely shows in the finished pages of the graphic novel.

The Comics Journal #298, published in May 2009 by Fantagraphics, contained an extremely in-depth, bluntly honest interview with Trevor Von Eeden.  It was an very revealing, insightful read.  Trevor pulls no punches, sharing his honest thoughts about himself, his growth as an individual & his development as a creator, his colleagues in the comic book industry, and the companies he has worked for.  I really think that it should be required reading for anyone who is looking to become a professional comic book creator.

Currently Trevor is collaborating with writer Don McGregor (Black Panther, Killraven, Detectives Inc) on his new graphic novel, Sabre: The Early Future Years.  There is a Kickstarter fundraiser scheduled to begin on August 3rd to help raise money towards the publication of the book.  So please keep an eye on Don’s Facebook page for details.  I’m really looking forward to this one.  Don is an amazing, revolutionary writer.  As for Trevor, his artwork continually improves, and he is better than he has ever been.  I’m confident his work on Sabre is going to be absolutely amazing.