No Official Umbrella is the autobiography of Glyn Idris Jones, a man who over the decades has worn many hats in his life, among them actor, writer, and director.  I initially began corresponding with Jones a few years ago, after I penned an online review of the 1965 Doctor Who serial “The Space Museum,” which he had written.  I am of the firm opinion that “The Space Museum” is a clever, underrated story that is unfortunately let down by lackluster direction.  I contacted Jones through his web site to inform him of how much I had enjoyed his writing.

I quickly learned that Doctor Who was but a small part of Jones’ career, and that he had had led a colorful, eventful life.  Curious to discover more about this interesting individual, I ordered a copy of No Official Umbrella through Amazon.Com.  Despite clocking in at over 500 pages, the autobiography was an intriguing read, and I breezed through the volume.

In his book, Jones relates how, during his youth in South Africa, he discovered theatre & film.  His passion for these mediums would become one of the main driving forces in his life.  Jones recounts the teenage misadventures surrounding his journey from South Africa to Britain, where he hoped to find work on the stage.  His career in theatre and television are chronicled, with many ups and downs along his path to hone his skills and find regular employment.  Detailed are the various odd jobs, successes & failures on stage & screen, and the period teaching theatre at James Madison University in Virginia.  Along the way, Jones meets Christopher Beeching, who would become his partner, both as a professional collaborator, and in personal life. 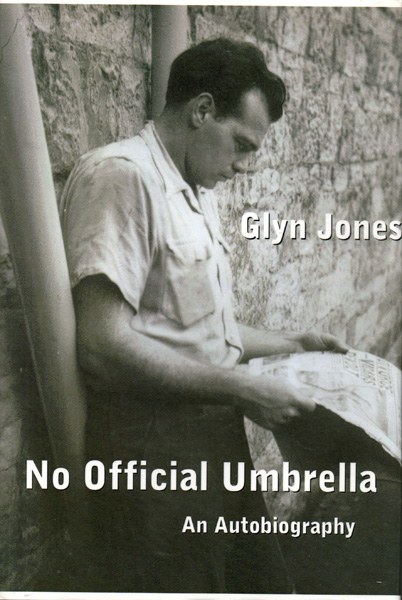 Jones narrative is imbued with a humorous, deadpan wit.  That said, from his writing, one can tell that Jones takes his craft very seriously, and that he holds similar expectations of those he works with.

The only problem I had with this book is that Jones does jump back and forth in time at certain junctures.  This made it somewhat difficult to follow the sequence of events from time to time.

From the tone of Jones’ memoir, he seems to regard his career as having been plagued by numerous missed opportunities.  I can understand Jones’ rather pessimistic outlook.  The various unproduced plays that he wrote sitting in his cupboard must have been a frustrating sight.

Even when one of Jones’ scripts would make it to the stage, it did not come with a guarantee of success.  That is most clearly seen with The 88, a painstakingly researched and thoughtful recounting of the 1920 mutiny in India by the Irish regiment known as the Connaught Rangers.  Unfortunately, the production met with a critical drubbing due to IRA terrorist activities coincidentally occurring immediately before the opening of the production in November of 1979.  The dispirited Jones must have been convinced the stars were aligned against him.

However, if a person looks upon the vast spectrum of wonderful experiences he has lived, the good individuals he has known, the passion that he has brought to honing of craft, and the enjoyment he has brought to other people, then Glyn Jones’ life must certainly be judged a success.

In recent years, retired to the Greek isle of Crete, Jones has found new life as a novelist, chronicling the oft-humorous adventures of his creation Thornton King, an agent of MI5 laid off by budget cuts who must build a new career as a private investigator with the aid of his lovely confidant Miss Holly Day.  The first book in the series, Dead on Time, was very enjoyable & witty.

Despite the apparent misgivings Glyn Jones expresses concerning certain events in his life, No Official Umbrella definitely establishes for the reader the many rich, fulfilling experiences of its author.  And it does so in an entertaining, engaging manner.

2 thoughts on “No Official Umbrella”